It happened on a Wednesday morning. The Sandwich Man – dressed in a red T-shirt with white lettering – rode past me on his bicycle on the same stretch of the same road at the same time as the day before. I watched him roll by in a sobering moment that recalled all the horror of the five-day commute: the cyclical days, the tussling masses, the dull ebbing of a scripted month.

The first thing to note is that the ranking includes 74 countries only. Comprehensive data could not be found for every country in the world and the ranking is therefore restricted to only those countries that can be fairly compared. 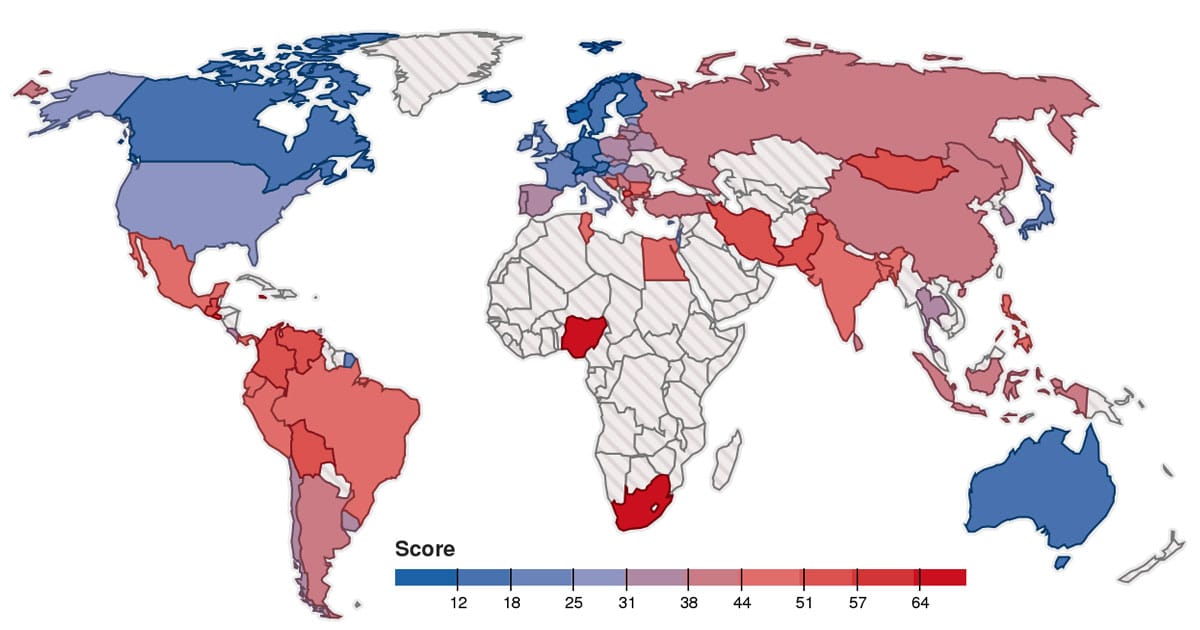 Countries were allotted points for each variable based on their relative position in that category’s ranking. The country with the least-stressful measure for each variable received 0 points, while the country with the highest stress level received 100 points. All other countries were scored on a percentile basis depending on their position between the two extremes. Points for the seven variables were averaged for a final score from 0 to 100, a higher score indicating a more stressful living environment. Only countries with data available for all seven variables were included.

Editor’s note: Whether it’s Nigeria or Norway you’re heading to next, use our new travel guide to minimise stress and see more of the world.

How Financially “fit” are you?

5 Things Super Successful People Do Before 8 AM The Benefits of Quality Sleep